This is a recording of the June 4th Livestream event with Dan Savage and Nancy Hartunian!

Dan answers as many of your questions as he can, in our first ever livestream.

Dan Savage is an author, a sex-advice columnist, a podcaster, a pundit, and a public speaker.

"Savage Love," Dan's sex-advice column, first appeared in the The Stranger, Seattle's alternative weekly, in 1991. The column is now syndicated to more than 50 papers across the United States and Canada. Dan has published six books. His newest book, American Savage, will be published in May of 2013.

Dan is a regular contributor to public radio's This American Life. He is a also a frequent guest on The Colbert Report, Real Time with Bill Maher, and other television programs. In the fall of 2011 MTV filmed Dan as he toured colleges performing "Savage Love Live," the live version of his sex-advice column. That tour became the basis for the 2012 MTV program "Savage U."

In 2006 Dan launched the Savage Lovecast, a weekly, call-in advice podcast. It is now one of iTunes top 50 podcasts. Dan's graphic, pragmatic, and humorous advice has changed the cultural conversation about monogamy, gay rights, religiosity, and politics. 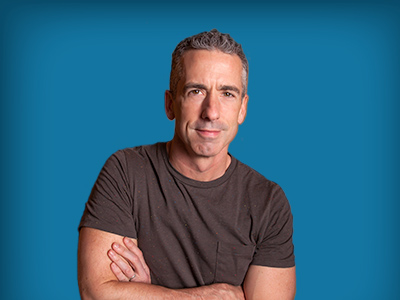 Collide-O-Scope: We Know What You Are Doing This Summer

Collide-O-Scope: Entertainment for Your Home