at Online Streaming
All prices are the same program. Sliding Scale.

The 20th Anniversary of Bicycle Film Festival is going virtual. BFF is arriving in Edinburgh virtually on January 15-24 hosted by Edinburgh Festival of Cycling.

Bicycle Film Festival has been celebrating bicycles through art, film and music the last 20 years. The physical BFF spanned the world in over 90 cities worldwide to an audience of over one million people. The festival has an incredible history of working with the most important artists, filmmakers, venues, and institutions around the world. BFF Edinburgh is presenting an international selection of the most important short films from our collection.

The purpose of the Edinburgh Festival of Cycling (EdFoC) is to celebrate all aspects of cycling in and around the City of Edinburgh, including travel, leisure, adventure, transport, sport, personal development. Recognising cycling's importance for encouraging social inclusion and economic development reducing ill health and pollution and for making places. EdFoC aims to challenge people's perception of what cycling is and to put Edinburgh on the map as an international cycling destination.

BFF Select Short Film Program
Select Shorts appeal to a wide audience from film connoisseurs to avid cyclists and everything in between. Let the BFF curated collection of select shorts take you on a journey around the world as we learn about a charismatic Ghanian immigrant in Amsterdam who teaches refugee adult women to ride bikes - experience a birds-eye view of a BLM bicycle protest ride from New York to DC - feel the anguish of a father's loss - the struggle of a young woman and her bike in Iran - and reprieve from genocide through cycle sport. BFF Select shorts never fail to uplift and inspire. 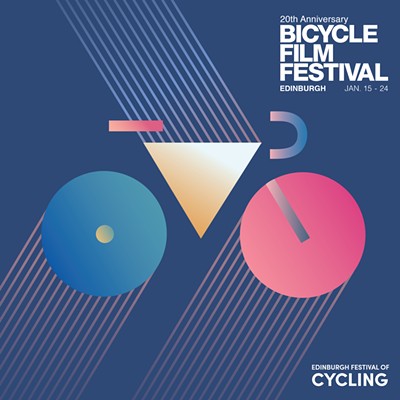