Collide-O-Scope is back with an all-new show that promises to be extremely… stimulating! We're busy cutting together a bunch of new material into an epic spectacle of montage, music and mashup that is equal parts hilarious, demented, and truly unusual! Using pop culture curiosities and obscure oddities from film, VHS, music, and all forms of media as their paints and canvas, Collide-O-Scope is an expertly edited, mind-melting stream of consciousness video extravaganza! It's strange, it's campy, it's sometimes squirmy and it's always a good time!

This event is part of Collide-o-Scope - On Demand. 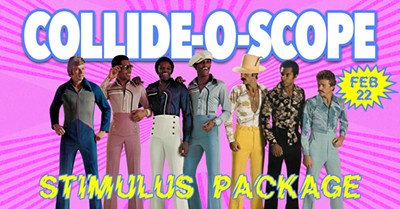