Witches Get Stitches: A coven of ancient witches begin to conjure a demon with a blood sacrifice... "But cutting myself HURRRRRTS! NO!"

The Pod People: After a night of drinking, a young man wakes up with a headache, a hangover, and rapidly spreading infection taking over his body.

The Keeping Cost: A husband stuck in a perpetual cycle of enacting revenge on the man who killed his wife, carries on as an outside force observes the events.

Solitude: Musings on solitude and nature. Like a truck commercial. With monsters.

Breakfast With Benjamin: A look into the mind of demented chef Benjamin Bates in his popular cooking shown as reality falls apart and shows what really is going on.

Lily: Lily is a seemingly normal little girl with one dark secret... a secret her new babysitter is going to discover.

Chain Letter: It was a night of friendship and gaming, then Joey got a text that would change everything.

A PURPLE VISION: Ellie Campbell is a shy outcast, trying to fit in at a party. Her jealousy gets the best of her and a special elixir changes everyone's perspective of her, for better and... for terror.

It Came From The 80's!: A collection of three 80’s-inspired horror-comedy film trailers parodying zombie, slasher and monster movies. The Sitting Dead follows a pregnant couple in a dystopic world where zombies have taken all the chairs. "Jump Scare II: Double Dutch" follows a gym teacher and his evil twin who kill students with jump ropes. "Snack Time" follows a police chief's mission to stop a monster vending machine.

blind spot: In midst a toxic relationship, Sara is tested when she has a different way of handling a deadly accident than her boyfriend, Brandon. A story of love, loss, and making the right choice even if it means losing everything.

LANE 9: On Halloween 1979, a small Midwest town is turned upside down after a transient evil takes up residence in Lane 9 of the local bowling alley.

The Fork: A game of cat and mouse. Sophie toys with her food then struggles with the ethics of her first slaughter. After her first taste of blood she goes with her instincts. 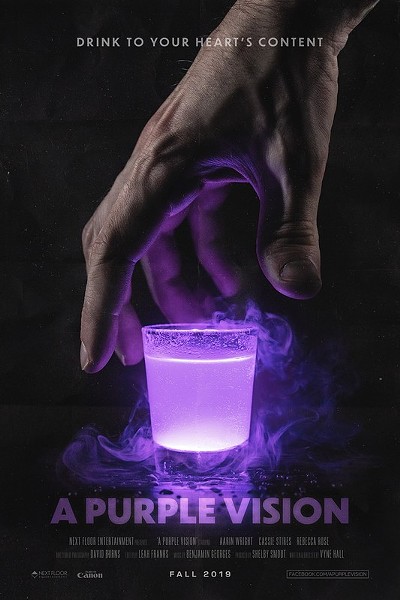