Shoes and Pants Productions Presents: "Scott Shoemaker's War on Christmas!" a hilarious holiday variety show. In its third year, this new Yule Tide tradition is back with a new virtual show!

Tune in to see Scott and a cast of Seattle luminaries as they try to figure out who's fighting a war on Christmas and what for?
Like always, this year's show is packed with ALL NEW hilarious comedy, songs, dance numbers, and partial nudity - along with some of previous year's favorites!

Tune in and treat yourself to some holiday cheer while you laugh your Christmas stockings off! But be warned! This show is definitely on the naughty list! 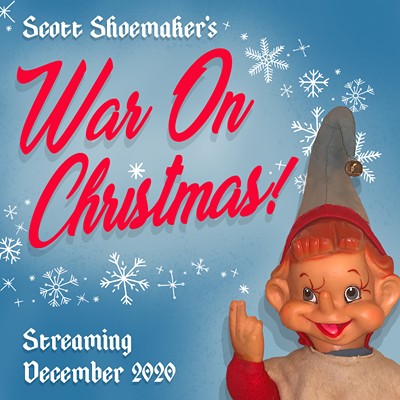